Lifetime chamber membership is awarded to a select few business people who have contributed exemplary service to the Glenwood Springs Chamber Resort Association over an extended period of time.

Manette Anderson has served a leadership role in the Glenwood Springs Chamber Resort Association for more than 15 years. In 1994, as a Glenwood Springs high school service learning teacher, Anderson helped engage a group of high school students known as the A-Team to partner with business leaders in the Glenwood Springs Chamber Resort Association and become a committee of the chamber. The A-Team engaged in a 2 - year planning effort, attending 14 City Council meetings. Their vision was to transform a city street into a pedestrian mall.

Octogenarian Hank Bosco grew up in the tourism business at the Star Hotel and Hotel Denver, where he learned the hospitality business under the tutelage of his father, Mike Bosco, an Italian immigrant. He was part of the group that purchased the Hot Springs Lodge & Pool in 1956 and has served as President for over 30 years. Because of the Bosco family’s long dedication to the tourism industry, the Bosco Tourism Business of the Year Award was first presented in 2007. It honors the tourism business that has most significantly contributed to that important industry in the past year. Hank Bosco has been active in the Glenwood Springs Chamber Resort Association for decades, serving on many committees as well as on the board of directors. His most recent honor was being inducted to the Colorado Business Hall of Fame and honor for which he was nominated by the chamber.

Roger Garing was a two-term board member of the Glenwood Springs Chamber Resort Association and active in several city committees. An advocate for trails and recreation, Roger was a founder of Neil-Garing Insurance and later ran the Baskin-Robbins and KaleidoScoops ice cream store located across the street from the chamber office. A loyal and generous volunteer, Roger was a familiar fixture at chamber events (where he would typically be seen scooping out his donated ice cream). He passed away in December, 2009.

Yvonne Henderson was on the staff and served as chamber secretary during the 1980s. She and her husband Jim were longtime chamber supporters. She was granted the privileges of lifetime chamber membership for her vision and commitment to the chamber.

Dr. Stan Jensen, former President of Colorado Mountain College, earned a lifetime Chamber Member Designation.   Jensen, a former ex-officio member of the GSCRA board of directors was  the catalyst behind the chamber’s move to the Colorado Mountain College Building in downtown Glenwood Springs.  This partnership between the business community and the college for a joint Visitor Center is being heralded as a model for other communities.  Jensen has also been instrumental in the partnership between the Downtown Development Authority, City of Glenwood Springs and Garfield County Library District, which will result in a new public library and parking structure downtown.

Bill Sanderson became involved in the Glenwood Springs Chamber 32 years ago when he was hired by Alpine Bank. His understanding of chamber finances was invaluable as a longtime member and chair of the Executive Finance Committee.

Bill’s most notable board accomplishment came in 2012 when he championed the board goal of establishing an even stronger partnership with Colorado Mountain College. The joint CMC/Chamber Visitor Center is a model of how institutions grow through partnerships. It has been duplicated in at least one Colorado community.

When master cabinet maker Bill Slattery decided to move out West more than 45 years ago, he wrote a letter to the Glenwood Springs Chamber of Commerce. Board chairman Don Vanderhoof answered with information and encouragement, and Slattery made joining the chamber his first order of business when he came to town.

Bill Slattery has continued as a loyal member since then – often dedicating time and materials to chamber building projects, handmade picnic tables to the annual auction, and making generous donations to the organization. Although Bill has retired from the “Modern Cabinet Shop,” he continues to serve on the chamber’s “Citizen of the Year” selection committee.

Dr. John Traul served as board chair of the Glenwood Springs Chamber Resort Association from 1991 – 1993. A local orthodontist and chamber member, Dr. Traul was instrumental in working with the chamber to examine and complete a city sign code. During his tenure as board chair, the chamber was successful in increasing the tourism promotion fund and expanding its marketing program.

The only person to have served twice as board chair, Don Vanderhoof chaired the board of The Glenwood Springs Chamber of Commerce in 1963 and was the first chair of the Glenwood Springs Chamber Resort Association in 1989, successfully leading the organization during the merger of the chamber, central reservations and the city tourism board. He was selected Citizen of the Year in 1987. As a chamber volunteer, Don served on many committees, including Ski Spree and Strawberry Days.

After 32 years with the Glenwood Springs Chamber Resort Association (GSCRA), Marianne Virgili retired from her position as President and CEO at the end of 2017. During Virgili’s tenure, the GSCRA earned dozens of accolades including a Daily Points of Light Award from President Bill Clinton and being named the National Chamber of the Year by the Association of Chamber of Commerce Executives in 2013. The chamber has also racked up more than two dozen national awards of excellence for print and electronic publications.  It’s these promotional efforts that have helped garner dozens of community awards including “Most Fun Town in America,” “One of 8 Best Places to Retire,” and one of America’s best small towns. Marianne Virgili and the chamber provided the expertise and were the driving force to pass ballot measures for many of the amenities the community enjoys.

Raelyn served the chamber for many years, first during the 1970s and later working in membership development and advertising and sponsorship sales.  During her tenure as VP of Membership Development the GSCRA was a two-time finalist for the National Chamber of the Year Award and membership topped the 700 mark.  Westley inspired publication of the Official Glenwood Springs Map and her advertising sales provided resources to make the Official Guide to Glenwood Springs a national award winner.

Dr. Wall is the retired superintendent of schools of the Roaring Fork School District and partnered with the chamber on several school bond issues and education initiatives. He served as board chair of the Glenwood Springs Chamber Resort Association from 2005 – 2006.

Longtime chamber legal advisor who served in that role since 1986, Eric Walter also served as Chairman of the Board and was named Doc McFadden Volunteer of the Year in 1988.  Walter drafted ballot initiatives like the accommodations tax ordinance, the DDA ballot initiative and A&I tax ordinances for Community on the Move.  He provided the legal framework for the formation of the Glenwood Springs Chamber Resort Association (formerly Chamber of Commerce) in 1989.  Often working pro bono, Walter’s dedication to the chamber and business community has left a 30-year legacy.<

Many people have mistaken Joni Bates & Debbie Bannon as sisters. Though not sisters by blood, they have both been an integral part of the chamber family for over 20 years before retiring in 2021. Joni started in the tourism department and eventually became the Vice President of Membership. Joni has been an exceptional representative of the chamber always going above and beyond to help members and the community succeed. Debbie is an accomplished bookkeeper by trade but has played a significant role in all aspects of the chamber. With a rare combination of number sense and creativity, Debbie not only ensured finances were in order but also that events were of the highest quality. 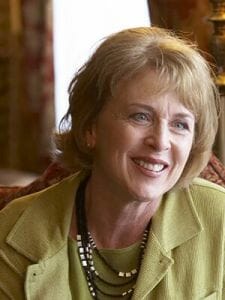 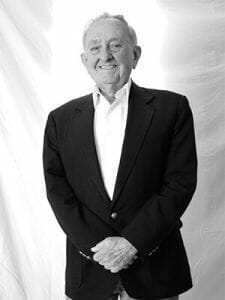 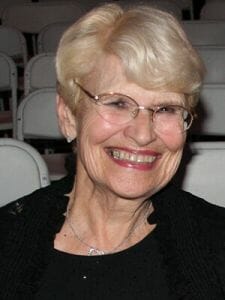 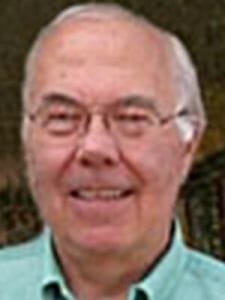 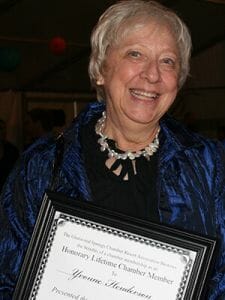 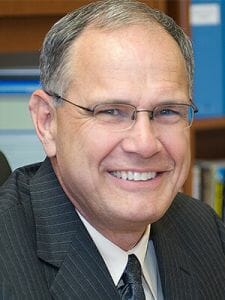 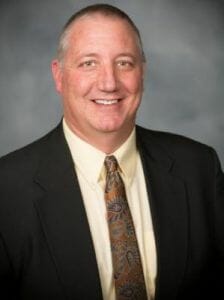 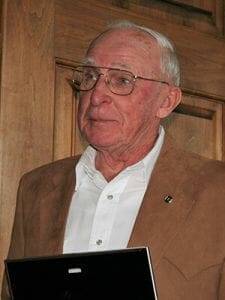 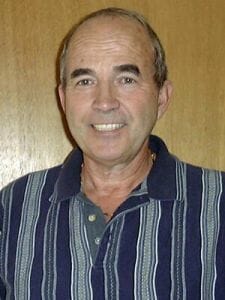 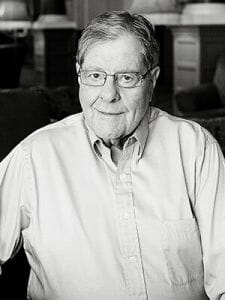 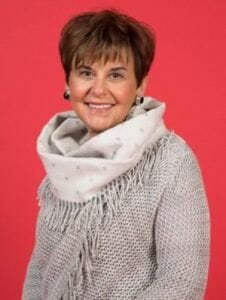 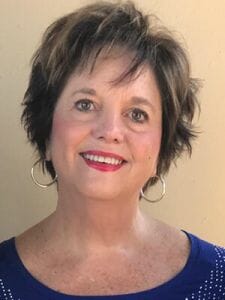 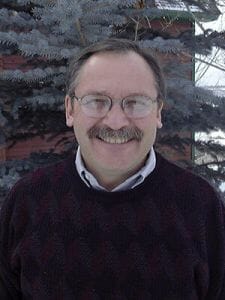 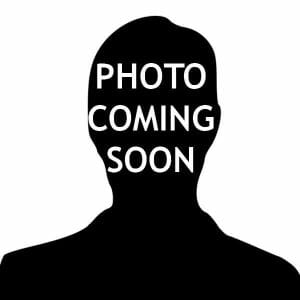 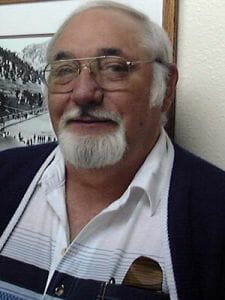 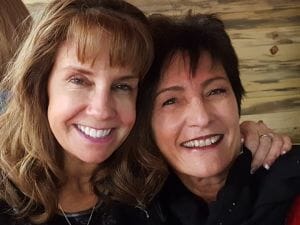