Benefits of Serving on the Ambassador Committee Collapse

Serving on the Ambassador Committee is a great way to support the Chamber and local business community. Additionally, you’ll see a number of benefits by being an Ambassador, including:

Ambassadors in Training: Ambassadors in training are currently in the process of becoming an Ambassador. The training period is an opportunity to determine whether the requirements of the Ambassador Committee are attainable and well suited for the individual. After a 60-day probationary period, the Ambassador will receive their official Ambassador name badge / logo shirt and jacket.

Hosting a ribbon cutting is a great way to bring attention to a business.  We are delighted to provide ribbon cutting to all new members of the Glenwood Springs Chamber.  These are COMPLIMENTARY with your membership.  Click here to view the guidelines for assistance in preparing for your special day.

Hailing from the Midwest, where a strong work ethic and superior customer service skills are fundamental, Becky Ciani Broker Associate, Mason Morse Real Estate  is currently working as a Real Estate Agent for Coldwell Banker Mason Morse Real Estate out of Carbondale, CO.    Becky absolutely loves her job and being able to help people find homes and get to where they want to go.  She has over 15 years experience in selling and buying real estate.  She also worked for State Farm for over 19 years on the Special Disaster team.  Before that she opened the Victoria's Secret in the Cherry Creek Mall in Denver and then decided retail was not the way to go.  Becky is very involved in the community.  She currently serves as the President of the Chamber Ambassadors and has been an Ambassador for over 10 years (you might want to check that).  She assists with the Extended Table program where she cooks and serves for people just needing a hot meal every now and then.  She also helped raise over $12,000 in Scholarship money from running a Golf Tournament for the Association of Realtors, and  she also served as a Chair Person.  Becky was involved in the United Way and several other organizations.  When she is not working you will likely find her golfing, rafting down the river, ice-skating, snow shoeing or just enjoying everything the Roaring Fork Valley has to offer.  Becky loves living in this valley and really enjoys all the wonderful people who live here. 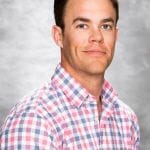 Dean Kinkel is the Vice President – Mortgage Originator for Alpine Bank and has been an Ambassador with the GWS since 2017. Dean grew up in Flagler, a small rural town in Eastern Colorado, a place where cows out number people. Growing up his family would frequently vacation in Glenwood.  Dean attended Texas Christian University (Go Frogs!) where he received a degree in Strategic Communication and a minor in Sociology.   After graduation from TCU Dean moved to Denver where he spent several years traveling and ski bumming.  In 2014 Dean accepted a mortgage originator position with Alpine Bank and relocated to Glenwood Springs.  Dean continues to travel and ski as much as he can.  You can find Dean most evenings walking his dog, Betty, along the Roaring Fork or in the front row of a bluegrass show with is fiancé.

Jake Lasko is the District Manager of Junior Achievement of the Roaring Fork Valley.  Prior to running the local district of JA, Mr. Lasko spent 14 years working for a super-regional bank, serving commercial clients through real estate lending, both as owner-occupied as well as investment.  Mr. Lasko takes relationship building seriously and brings a high level of energy to everything he does.

Mr. Lasko is married and has two children.  When not coaching or watching his children in sports, he also enjoys running (training for a half-marathon for his 40th birthday), golf, and trying out all the incredible micro brews Colorado has to offer.  He and his wife love traveling the country to see concerts. 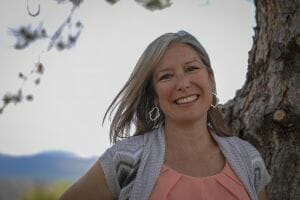 Greetings! I am Angela Mills, the Executive Director of United Way Battlement to the Bells. I love how my job presents me with opportunities each day to make new friends, grow strategic partnerships and improve the wellbeing of our neighbors from Aspen to Parachute. There are so many wonderful reasons I love being part of UWBB. My favorite is nurturing and growing our AmeriCorps Vista program. It is my honor to join the Glenwood Springs Chamber Ambassador team. I look forward to meeting local business owners and leaders as we grow together to strengthen our already amazing community.  I live in Rifle with my husband Kyle, our awesome kids and cuddly rescue dogs. We love hiking, biking and exploring together, especially if it means finding a waterfall at the end of a hike and enjoying a picnic.

Heather Montross-Cowan is co-owner and operator of Defiance Rafting Company and Defiance River Outfitters with her husband, Gregory Cowan. Heather and her family relocated to Glenwood Springs from Ft. Collins in 2017 to start a new journey, full-time, in the outdoor industry. Alongside her husband and daughter the family leapt into establishing community in Glenwood Springs and building their business brand. In addition to being an outdoor enthusiast, Heather is a licensed clinical social worker and has worked in hospital administration as well as in the non-profit sector. In the rafting offseason, you can find Heather teaching as an adjunct professor at Colorado Mountain College (CMC) or guest teaching at her daughter's elementary school. For fun, Heather enjoys time on the river, skiing at Sunlight, and running the trails on Red Mountain.

Moved to Glenwood in 1990 from Leadville after working in the mining industry for ten years. After relocating, worked in the banking industry doing consumer and commercial lending. After that career ended, started working at Bay Equity until retirement.

I have been an Ambassador over 20 years and thoroughly enjoy it. The main reason I am an Ambassador is to promote Glenwood Springs. We are so fortunate to live in this community as there are year round activities to participate in and enjoy.

After I retired people kept asking me if we were going to move or be snowbirds. My answer has been “Why?”, we have four seasons and they are not harsh, besides people spend a lot of money to come to Glenwood for recreation and I’m fortunate to be able to live here year round and enjoy everything. 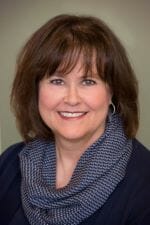 Charlene Revoir is a retired commercial lender after working at Vectra Bank for four years and Wells Fargo Bank for 40 years.  She is a Colorado native, growing up in Montrose and a few years in Basalt.  She returned to the valley in 2006 after thirty years in Utah, most recently St. George.  She has enjoyed working with the Chambers of Commerce in the Valley, as well as the Glenwood Springs Noon and Carbondale Morning Rotary Clubs.  She is currently the treasurer of the Glenwood Springs Club and enjoys community service.  She plans to follow her love of travel in retirement. 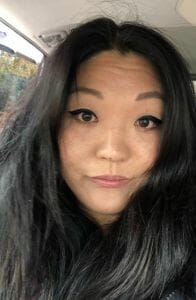 Emily Timora is a longtime local to the Roaring Fork Valley and is currently loving life in Glenwood Springs with her husband and three children. She and her husband are the owners of Russo’s located in the Glenwood Meadows. They have been serving up Pizzas, Pastas, Grenades, Gangsta Fries and Wings since June 2018.  Prior to owning Russos Emily worked as a hairstylist at Regis Salon and several other Salons in Colorado and Massachusetts. Emily has been an Ambassador with the Glenwood Springs Chamber since October 2021 and is excited to work with all of the amazing businesses and entrepreneurs in the community. 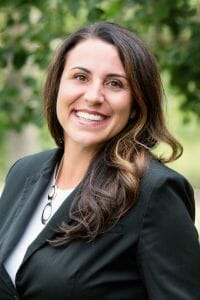 Amber Wissing was born and raised in Glenwood Springs. She has worked for Dr. Corey Johnson for 18 years.  She loves helping her community smile brighter as a practice manager and active community volunteer. Along with a team of local moms, Amber has a small non profit Project PACK (Providing a Crisis Kit) that helps provide necessary items for kids in crisis. As a mother of two, she is passionate about building a strong community for her girls and all who love this amazing place we call home.